Founded in 1955, Exeter University has a rich history and is well-known for its incredible research quality and educational standards. The University has been awarded the Gold Medal for the Excellence of Education. Exeter University, a member of Russell Group, is internationally renowned for preparing students for the business world. The University hosts more than 22,000 students from 130 different countries. 98% of the University's research was internationally acknowledge at The REF 2014 (Research Excellence Framework). It was ranked 154th by QS World University Ranking 2019. Libraries are available 24/7, with more than 1.2 million books. Exeter University has 3 campuses. Two of the campuses are located in Streatham and St Luke Exeter. Another campus, Penryn Campus is located around Penryn. There are approximately 220 different student clubs in the university: a radio station (Xpression FM), a newspaper and a television station (XTV). The university also provides 1.5 million manats scholarships annually for students who have academic potential or sporting achievements.
Famous graduates of the University are the author “Harry Potter” - J.K. Rowling, Thom Yorke, Will Young(musician and actor), Infenta Elena (daughter of King of Spain), Abdullah Gul (President of the Republic of Turkey), Robert Bolt (Oscar- winning Screenwriter), Peter Philips and Zara Philips (Queen Elizabeth II's grandchildren), including world renowned architects, writers, journalists, and
others. 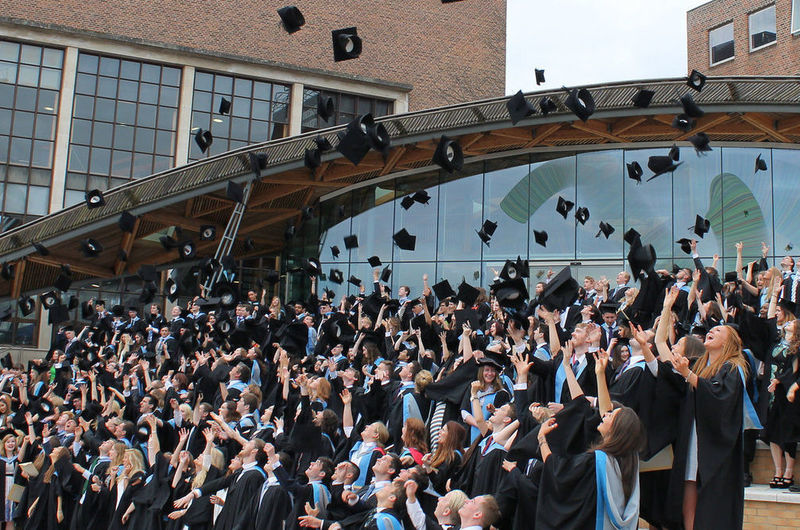 Exeter University, founded in 1955, was awarded the Gold Medal for Excellence in Education.
Cookies help us deliver our services. By using our services, you agree to our use of cookies. Learn more